Skull Labs Ripped Mass is a protein and carbohydrate gainer supplemented with glutamine and creatine monohydrate. The product is designed to strongly support the effect of building muscle mass. Gainer is perfect for supplementing a mass-building diet. It facilitates the growth of muscle mass and allows for faster regeneration. Skull Labs Ripped Mass is a very simple way to get valuable calories in your daily diet. The specially formulated blend is designed to accelerate muscle growth.

Gainer for mass, how to use?

Skull Labs Ripped Mass Gainer is designed to increase the calorie content of your diet. This means that it is primarily used during the muscle mass building period. The best time to use a protein and carbohydrate nutrient is after training. This is the moment when your body is exposed to muscle catabolism and has significantly depleted glycogen stores. This gainer contains fast-digesting carbohydrates that effectively replenish muscle glycogen. In addition, up to 8 g of BCAAs per serving effectively reduces catabolism and nourishes your muscles. Skull Labs Ripped Mass gainer also contains two very important supplements such as glutamine and creatine.

Number of servings per pack: 30

Creatine monohydrate - 2500 mg - is one of the most powerful dietary supplements on the market. Creatine has anabolic and anti-catabolic effects. Its action increases the storage of glycogen and water in the muscle cell. It allows us to obtain 20% more energy reserves in the muscles. Creatine directly supports the growth of muscle mass. It maintains a high level of protein synthesis. Strengthens muscles, adds strength during training.

L-glutamine - 1500 mg - is the most important amino acid for your muscles. Glutamine plays a very important muscle-protective role during training. Its reserves in muscle tissue are depleted, so it is very important to replenish it after training. It is responsible for 60% of the amino acids in your body. Glutamine accelerates regeneration, allowing damaged muscles to rebuild faster.

1-2 servings per day. Use as a supplement to your daily diet.
You can use one serving after training and the other during the day. 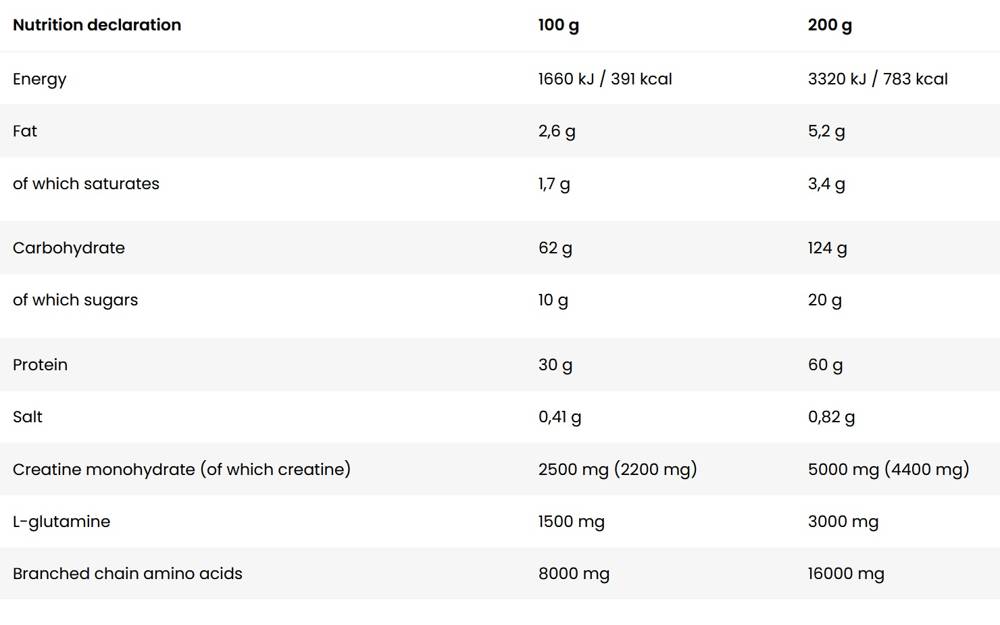 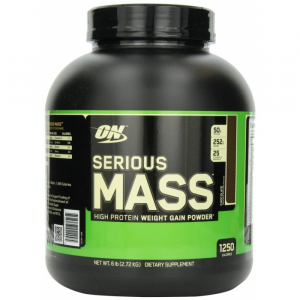 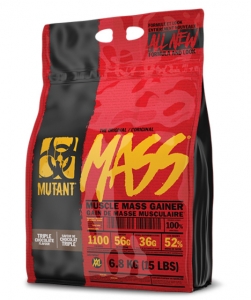 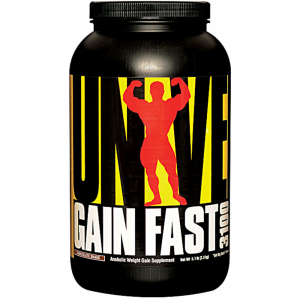 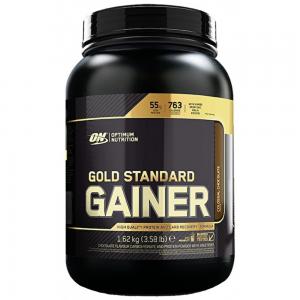 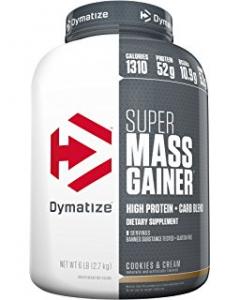 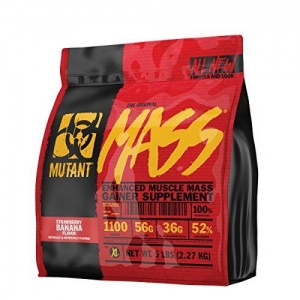 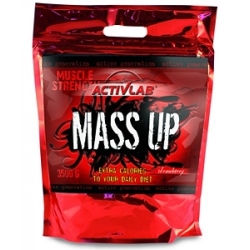 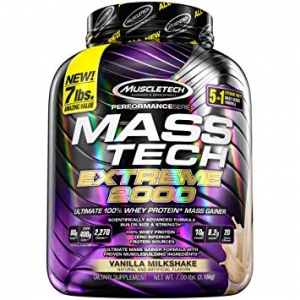 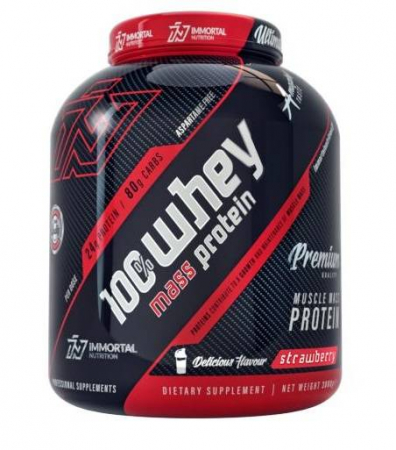