Check out Revange Chain Reaction Next Generation - a new version of the famous pre-training stack designed for professional athletes.

Chain Reaction preparation designed to enhance training performance and effective training. Pre-workout allows you to increase strength, vascularity and has a neuroprotective effect. It perfectly influences the composition of the body, and the stimulating ingredients accelerate the loss of adipose tissue. Chain Reaction Next Generation formula is one of the best comprehensive pre-workout supplements supporting professionals in increasing physical and mental endurance. In addition to strengthening on the physical level, it also increases focus, concentration and reaction speed.

Beta Alanine - is essential for the production of carnosine and protein building blocks that help prevent aging. The compound supports the proper functioning and development of muscles. The amino acid is known to reduce muscle fatigue, which can help your muscles work better during training. This, in turn, promotes muscle growth. Beta-Alanine is especially helpful in intense short-term workouts such as weightlifting. Some people taking beta-alanine may notice a slight tingling sensation known as paraesthesia. The tingling sensation occurs because beta-alanine dilates the blood vessels, allowing more oxygen and blood to be delivered to the muscles.

Citrulline Di Malate - a combination of an amino acid - citrulline with malic acid. Citrulline, although it does not build muscle, has an important biological function by participating in the urea cycle. During metabolism, citrulline neutralizes toxic ammonia. Citrulline malate is a compound that increases the production of nitric oxide and thus increases the blood flow to the muscles during training, causing the muscle pump.

GPLC - a combination of L-carnitine ester and glycine. This combination supports the bioavailability of the molecule. GPLC has an effect supporting the production of nitric oxide, which perfectly supports the body during training effort. The compound effectively supports fat reduction and contributes to the building of lean muscle mass, increases strength and endurance.

Creatine HCL - pure creatine hydrochloride without any unnecessary flavors, dyes or preservatives. It is a highly efficient form of creatine that contributes to increasing physical efficiency, strength and muscle mass.

Agmatine Sulfate - increases blood flow, supporting the process of "cleansing" of working muscles. In each cell, there is a specific exchange of oxygen and nutrients into carbon dioxide and harmful metabolic products that the body must remove, and due to the increased blood flow, such exchange occurs faster, thanks to which the cells of the muscle tissue can work longer and harder. Arterial blood contains oxygen necessary for the work of muscles and provides nutrients such as amino acids, sugars, creatine, and arginine from the outside. Thanks to the action of nitric oxide, the systemic transport is more efficient, thanks to which not only cells receive nutrients, but also harmful metabolic products are removed from them faster.

Arginine AKG - arginine alpha-ketoglutarate, which is a widely recognized means of obtaining an amazing training pump. Supplementation with this compound is supported by a much greater number of benefits, such as: improved blood supply to the muscles, which results in better nutrition and oxygenation, acceleration of regeneration and a significant improvement in motivation.

ALC - is L-carnitine acetyl ester. It is produced in the cells of the human body, and more specifically in the mitochondria, by the enzyme carnitine acetyltransferase (CAT). It takes part in many metabolic cycles, e.g. in β-oxidation of fatty acids and energy production. It can also donate an acetyl group in the production of acetyl-coenzyme α (acetyl-CoA). It may also act as a molecular chaperone that enables the proper formation of newly synthesized protein chains and influences their functions. Compared to the "regular" L-carnitine, its acetyl derivative has a much stronger effect on the central nervous system. Supplements with acetyl-L-carnitine are intended in particular for people planning to reduce body fat, elderly people who are prone to memory disorders and all physically and mentally active, under the influence of stress and adverse environmental factors. Acetyl L-carnitine reduces the feeling of fatigue and its perception, supports the processes of reducing body fat.

N-Acetyl-L-Tyrosine - acetylated derivative of the L-tyrosine amino acid. Ordinary L-tyrosine is less stable and also less soluble in water, which can lead to reduced bioavailability. Acetylation increases the solubility and stability of some amino acids. N-acetyl-L-tyrosine supports the functioning of the brain by supporting the synthesis of norepinephrine catecholamines and dopamine (neurotransmitters).

Alpha GPC - a water-soluble choline derivative that transforms into acetylcholine in the body, one of the most important neurotransmitters. Scientific research has shown that supplementation with Alpha GPC actually increases the level of acetylcholine in the brain, which translates into significantly better memory and concentration, also in young people. Other clinical studies have shown that L-alpha-glycerylpforsorylcholine supplementation supports brain function also in people suffering from Alzheimer's disease and dementia, while delaying the aging process.

DMAE - an intermediate in endogenous choline synthesis structurally similar to it. It is found in small amounts in the brain. It is a more effective precursor of acetylcholine than choline itself, because when delivered from the outside, it more efficiently crosses the blood-brain barrier. Belongs to nootropic substances and drugs that stimulate the central nervous system (CNS), but its stimulating properties are quite mild. It increases the synthesis of acetylcholine, improving neuronal transmission in the cholinergic system.

Di-Caffeine Malate - stimulates the central nervous system and vegetative centers: respiratory, vasomotor and vagus nerve. It also has an excellent thermogenic effect and converts calories into heat, significantly increasing the metabolic rate. It evenly stimulates the cerebral cortex, which means increasing thinking efficiency and preventing fatigue. It lowers the risk of liver and colon cancer, and also stimulates the release of fatty acids into the bloodstream, which is why it is considered one of the ingredients that accelerate slimming.

Green Tea - The catechins in green tea inhibit an enzyme called catechol O-methyl transferase or COMT, which actually breaks down the fat burning hormone norepinephrine. Since green tea is rich in catechins, it helps to raise norepinephrine levels, keep it elevated and prolong thermogenesis. It has also been shown that there is a synergistic interaction between caffeine in green tea and catechins (particularly EGCG) in green tea, which increases the body's use of calories as energy. Moreover, the combination of caffeine and EGCG in green tea has been found to significantly increase the resting metabolic rate.

Theacrine - Theacrine is an alkaloid that is structurally related to caffeine and also activates similar signaling pathways. Under natural conditions, theacrine is most likely synthesized from caffeine and then stored. It is believed to be the most concentrated in Chinese tea Camallia sinensis, where it occurs alongside caffeine and theobromine. This substance effectively increases the level of energy in the body, and its action is very similar to caffeine, with the difference that it works much longer, shows a slower increase in tolerance and does not cause unpleasant effects. In addition, the substance does not increase blood pressure.

Mucuna Pruriens - contains Levodopa. Highly bioavailable for the brain, thus easily and effectively increases the possibilities of dopamine synthesis. This amazing neurotransmitter is an extremely important element for the proper functioning of the nervous system and the flow of nerve signals. Dopamine deficiency has been shown in people diagnosed with Parkinson's disease, especially in the regions of the brain responsible for its motor level. Low levels of this neurotransmitter may be manifested by the onset of memory loss, problems with achieving full focus and concentration, and it often affects the elderly.

Grape Seed Extract - are rich in antioxidants, including phenolic acids, anthocyanins, flavonoids and oligomeric proanthocyanidin complexes (OPCs). Due to its high antioxidant content, GSE can help protect against oxidative stress, tissue damage and inflammation, and prevent disease. The resveratrol present in grape seed extract acts as an antioxidant, scavenging free radicals that damage the body's healthy cells. It is a substance that reduces the absorption of LDL cholesterol in the walls of blood vessels, reducing the risk of heart disease and atherosclerosis. It inhibits the aggregation of platelets and prevents the formation of dangerous blood clots. It is perceived as a substance that has anti-obesity properties and may also have a beneficial effect in preventing diabetes. In addition, it has the ability to lower the level of blood pressure, which is an important factor in preventing civilization diseases.

Citrus Aurantium - bitter orange is not an edible fruit, but it is an excellent source of vitamin C, the amount of which in the extract can reach up to 42%. Compared to regular oranges, bitter oranges are much richer not only in vitamin C, but also in antioxidants, e.g. bioflavonoids such as hesperidin. In addition to the high content of perfectly digestible vitamin C, bitter orange is famous primarily for the content of synephrine in the plant, which is a natural substitute for ephedrine. Synephrine has a similar structure to ephedrine. It is obtained naturally from unripe citrus fruits, eg Citrus uranium L., Citrus aurantium L. This substance is a natural substitute for ephedrine. It is more and more often added to drugs and dietary supplements intended for athletes and overweight people. This compound boosts metabolism, reduces appetite and at the same time increases mental and physical activity.

Hordenine HCL - a stimulating substance that perfectly complements caffeine, geranamine and synephrine. While the main action of the latter substances is to stimulate the release of adrenaline and norepinephrine in the body, which initiate fat burning and energy transformations, hordein extends their lifespan. It prevents premature degradation of adrenaline, thanks to which the effect of stimulating and increasing the energy level lasts much longer. It is extremely important that due to hordein it remains at a stable level. The inclusion of this substance in the composition allows not only to strengthen the thermogenic effect. This is a great way to avoid the effect of a sudden energy descent.

Sulbutiamine - is a derivative of thiamine, more commonly known as vitamin B1. Sulbutamine, however, has a much higher potential of action and biological activity. It is used mainly because of its neoplastic properties. It widens blood vessels in the brain, resulting in better oxygenation and nourishment of the nervous tissue. This promotes better well-being, increased energy levels, more efficient work and a better overall mental condition. Athletes have long argued that against this background, they increase their exercise capacity, such as strength or endurance, and delay the effect of fatigue. It is a very interesting compound, which is believed to delay many of the effects of aging in the body against the background of the degeneration of nervous tissue.

Vitamin C - is the basis of the skin, bones, cartilage, tendons, blood vessels and heart valves. Ascorbic acid is a strong antioxidant, it accelerates the decomposition of harmful substances resulting from intense training, it also effectively protects against infections. Another advantage of this vitamin is the improvement of iron absorption and the improvement of oxygen transport to cells, which translates into improved muscle condition. Effective absorption of oxygen extends the working time of the muscles and delays the stage of anaerobic respiration of the muscles, which causes the formation of soreness. In addition, vitamin C effectively flushes lactic acid from the muscles, and thus accelerates the regeneration process after training. In addition, ascorbic acid affects the release of male hormones, including testosterone, which is desired by athletes.

Vitamin B6 - is a coenzyme of many enzymatic changes in the body, including transamination and decarboxylation of amino acids. Its participation in the transformation of tryptophan, which produces serotonin and nicotinic acid, is particularly important. It is essential in the process of phosphorylation, influences glycogenesis and glycogenolysis in muscles, and plays an important role in immune and hematopoietic processes. It reduces the secretion of prolactin, which has a negative effect on male libido. 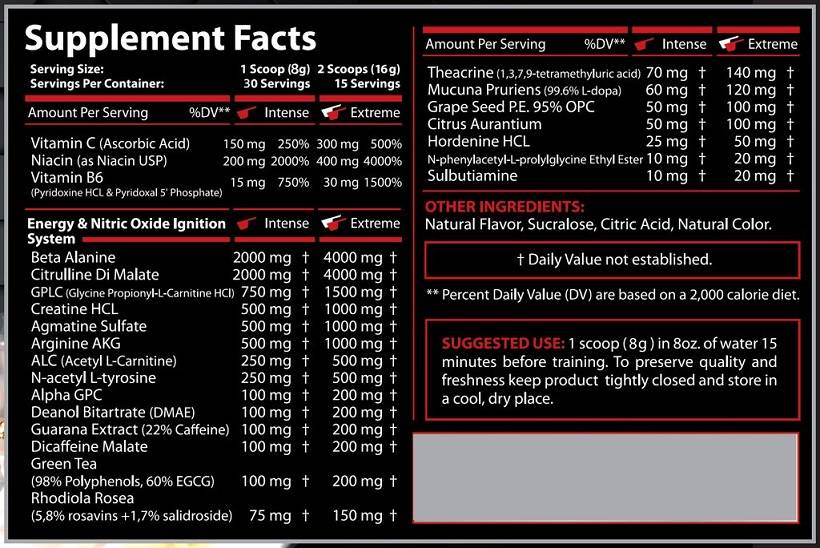 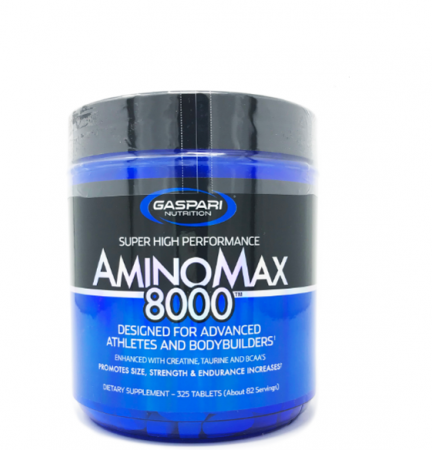 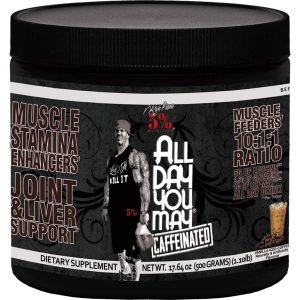 Rich Piana 5% All Day You May Caffeinated 25 serv 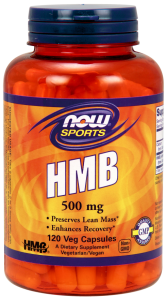 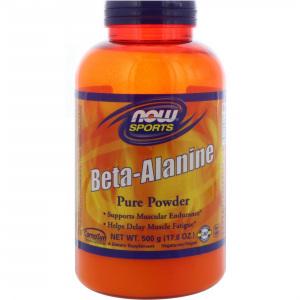 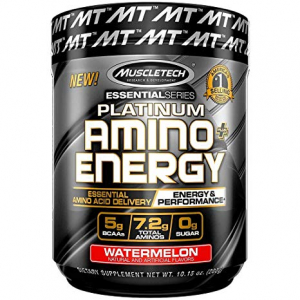 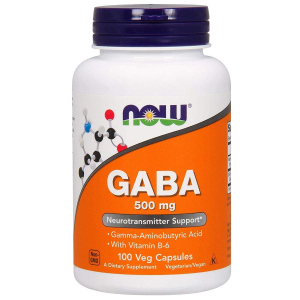 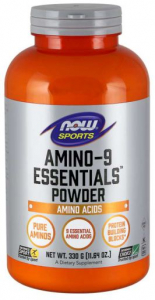 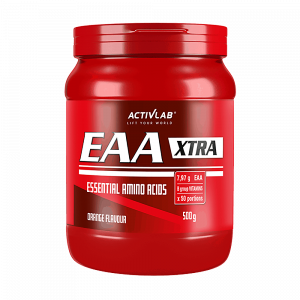 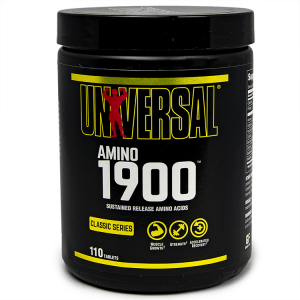 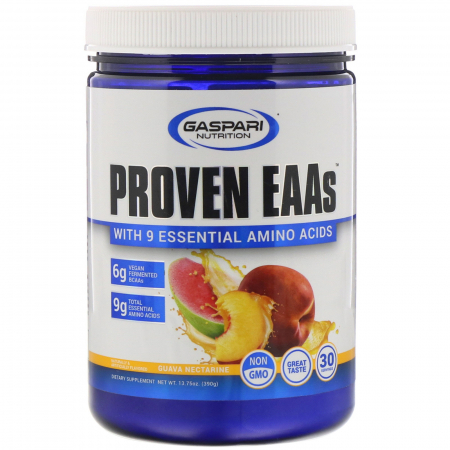 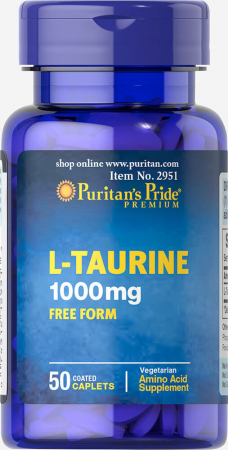 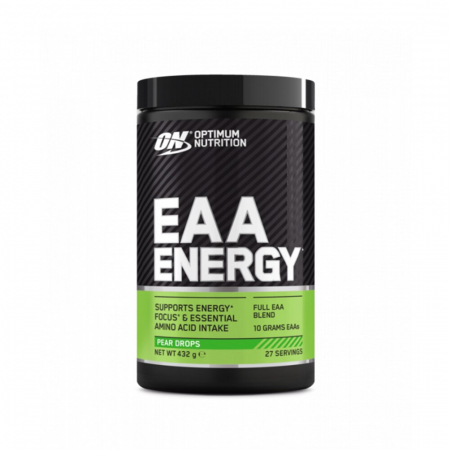 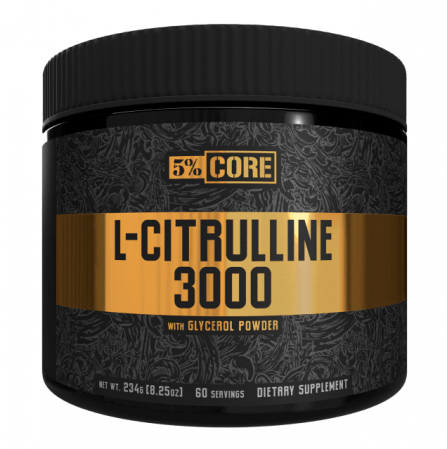 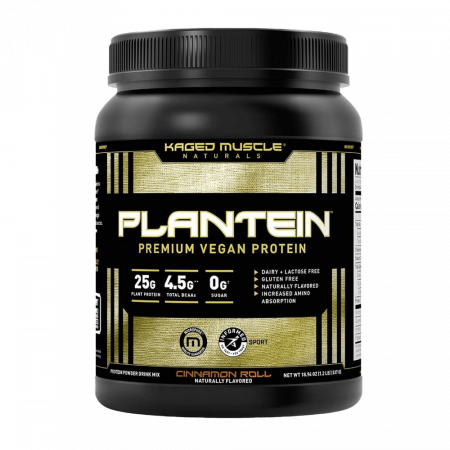